5 Simple Steps to the Procedure for Implementing a Bank Reconciliation 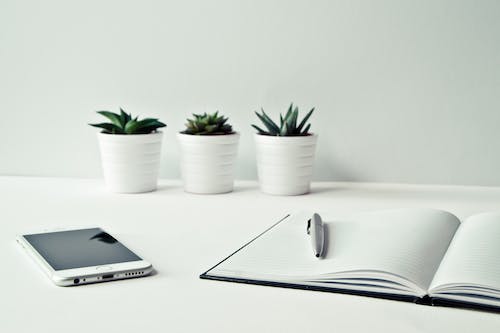 In the general ledger of a company listed transactions involving current accounts. On the other hand, the bank also keeps records of the company’s current account when processing checks, deposits, service fees, and other corporate items. This bank note lists the activities in the bank account and also the balance in it. And at the end of every month, banks usually give this report to the company. When receiving this report, the company must verify whether the amount on the bank statement matches the amount in the company’s cash account in the general ledger, and vice versa. And this verification process is called bank reconciliation. Bank reconciliation is the process of matching balances in company accounting records with related information on bank statements. The purpose of reconciliation is to ensure the similarities and differences between the two.

Why Is Bank Reconciliation Required?
Bank reconciliation is very necessary for companies because they know the following:

Companies that register current accounts at banks, at the end of each month, of course, get a report in the form of a checking account from the bank concerned. The account contains various company transactions such as checks, deposits, service fees, and other company items, as well as company cash balances stored in the bank. This checking account can be used to compare the notes in it with the notes made in the ledger by the company. In this comparison process, it is highly unlikely that the company’s final balance and bank’s final balance will be the same. This is due to several factors such as recording errors made either by banks or companies. Surely there are several possible payments, deposits, bank service fees, penalties and other transactions that have not been recorded.

3. Do a Search for Transactions Still in Process
As explained in the first procedure, it is very unlikely that the company’s final balance and bank’s final balance are at the same nominal. This is caused by recording errors from both companies and banks. Can be in the form of a deposit in transit or an outstanding check. Deposits in transit or deposits in cash are cash and / or checks that have been received and recorded by a company, but have not been recorded in the bank records where the company holds funds. A deposit in the process occurs when the data arrives late at the bank so it cannot be entered in the record on that day.

Another reason is if the company sends a deposit but is delayed or the company has not sent a deposit to the bank at all. While outstanding checks are checks that have been recorded by the company, but have not been cashed. These two components are the components that cause the greatest difference in nominal cash balances. Therefore it is necessary to carry out a search that is continued by contacting the parties associated with the transaction.

4. Create a Bank Reconciliation Worksheet and Calculate the Difference
The next step is to create a bank reconciliation worksheet. It is in this worksheet that will later be used as a container for calculating all recorded transactions. After the calculation will be found the actual difference between the balance in the bank account with the balance recorded in the company’s ledger. If there is no nominal balance difference, the bank reconciliation process is complete. But if there is still a difference between the two then it is necessary to proceed to the next stage.

This stage is done if there is a nominal difference between the balance in the company’s ledger and bank account. At this stage the search and re-checking of the cause of the problem is carried out. If the nominal difference is less than one million, the possibility of an error occurs when entering numbers in the records made by accountants.